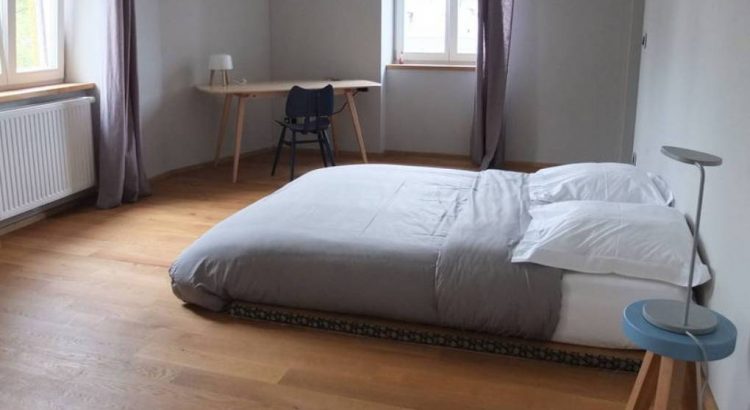 Who isn’t overwhelmed by the smart Japanese way of living? Not that we see any. Japanese living has always been an inspiration for thousands, and now the modern Japanese home designs with very interesting partition of space and minimalist seem to defy the natural laws of physics. Small but with strange rectangular, polygonal and cube-shaped structures, inner small courtyards, cantilevered volumes and windows appearing at unpredictable places are some elements that make the entire architecture a wow view.

The outside, of course, speaks for itself, but we’re more concerned with how Japanese keep the ornaments to minimum and still give this complete feeling of a house with lovely wooden accents and nature picks. Japanese people have their lives influenced by the rule of minimalism, while minimalism as believed otherwise is not being white and colorless – it means playing favorites. Let’s understand the basic before getting into the main objective.

What is Minimalism? – It translates as living with less: less visual noise, less color, less frippery, less of everything. Minimalism doesn’t mean ruthlessly cleaning the house or sensory deprivation, it is more about choosing to focus on less stuff which you actually need for living and you love.
Why it Works? – People either love loathing or crave minimalist style. The later is for simplicity and the ease of maintenance. When the world outside is hectic and over stimulating, a soothing oasis of calm at home can be the relief.

There are many advantages to adapting to a minimalist style; the major is that removing clutter will help you find calmness. Japanese people look lively, young, healthy and fresh because they choose simple ways to live with; food and living. If you ever visit a house in Japan, you will see that not a single closet has more clothes than needed or worn in routine. You will not be able to meet a single elderly person (or say a young person) complaining of stiff neck and bad back – the secret here is Japanese futon beds.
Now since you’ve understood the basics of a Japanese home, let’s talk about the most outstanding features of a Japanese home: sliding doors (Shoji screens), wooden floors and tatami mats. Wooden homes are everywhere but Japanese homes survive all four seasons brilliantly and how they do that is: the floor is elevated several tens of centimeters and is laid out horizontally across wooden floor beams. Areas like hallways and kitchens have wooden flooring and rooms in which people sit are covered with mats called tatami mats.

Tatami mats are made from rush grass. Chairs are avoided in Japanese homes and rather, tatami mats and flat cushions known as Zabuton are used. Although, Japanese homes have developed over the years combining traditional forms with modern technology, but their bond with keeping things simple and natural has never worn away. No clutter, less furnishing, predominant colors from nature and wooden accents are still the main focus.

A simple way to add minimalism to your home is to start by choosing nature for ornamentations. Wooden flooring is often overlooked, because initially, it is more expensive than linoleum and carpet. But wooden flooring has an array of benefits: good quality wood lasts for decades, it’s easier to clean, it’s more hygienic, aroma of polished wood is a delight, a great way to insert under floor heating, less costly at treating damages, timeless appeal, and sells twice as easily as compared houses with other floor finishes.

Yes, beds don’t need to drown in pillows and decorative cushions – a simple futon mattress on a tatami mat will do more benefits. Traditional Japanese futon beds are believed to rejuvenate the body. Futon mattress is firm but soft enough to allow the body to elevate in proper sleeping posture. It enables the body to maintain equal weight distribution which not only helps the body to align properly but also helps you with proper circulation and breathing.

Nothing can make you heart beat faster than a soothing bed in front of you. The match of wooden flooring and futon mattress on top made out of 100% cotton has done wonders since centuries and now it’s time for you to remake your bed with futon and wooden touch. It will make the room living!